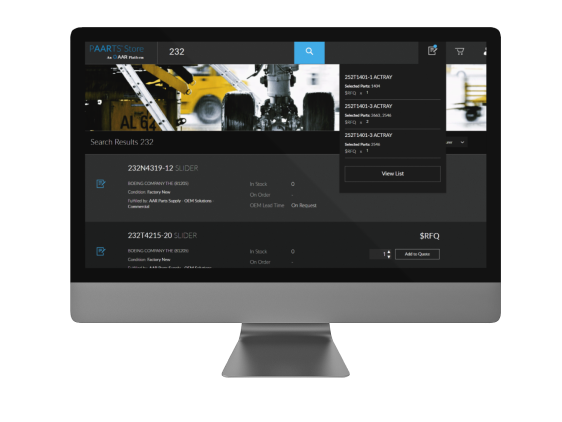 John M. Holmes is President and Chief Executive Officer of AAR (NYSE: AIR), a leading aviation services provider to commercial airlines and government customers worldwide. He also serves on AAR's Board of Directors.

Holmes joined AAR in 2001 as Director of Mergers and Acquisitions. In 2003, he became General Manager of AAR's Parts Supply business and progressively assumed responsibility of the other businesses that comprise Aviation Services Integrated Solutions, and MRO Services with a focus on achieving growth and operational efficiencies. Holmes led the expansion of AAR's Integrated Solutions through the acquisition of Airinmar, a component repair cycle management company, and the expansion of MRO Services with the acquisition of Premier Aviation. He also launched AAR Digital Services to support the continued growth of Parts Supply and OEM Services through better purchasing and closer connections for OEM partners.

After driving double-digit growth and establishing a strong leadership team to build on AAR's culture of innovation and execution, Holmes was appointed President and Chief Operating Officer in 2017, where he focused on maximizing performance and identifying new strategies to drive additional growth. In 2018, he was named President and Chief Executive Officer of AAR, the third since the company's founding in 1955.

Holmes serves on the boards of Columbia College Chicago, Ann and Robert H. Lurie Children's Hospital of Chicago Foundation, Lincoln Park Zoo, Shedd Aquarium, Alliance Francaise, Economic Club of Chicago and World Business Chicago. He is also a member of the Commercial Club of Chicago, YPO and the Wings Club.

Open positions About us News